The lowdown on mould spores 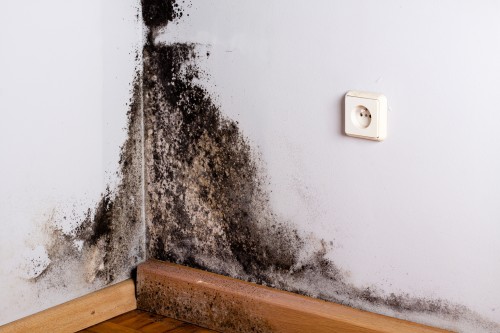 With the wrath of weather we have seen in the Caribbean and Southern United States, now is a great time to talk about mould. Let’s take Hurricane Harvey for instance. We all saw the widespread flooding, the issues of low lying areas and of course the wind, but one thing that the news did not talk about is the widespread mould growth in the Houston area. As soon as flooding receded, the mould started to appear. It is well known in the remediation community that mould can grow within a single 24-hour period, but how is that even possible, and more importantly, what can you do to prevent it?

You may be asking yourself who would mould be appearing a mere 24-hours after a flood, would it not take longer?! Well, the answer to that will take a little explaining. Let’s start with how mould works. Mold spores can be best described as an organism that is similar to pollen. They are very tiny and are in fact naked to the human eye, but they also are light as a feather and are able to float on air. Combine this with its ability to live a long time without a food source, and you can quickly see why mould is a bit of a problem. It also thrives outdoors, and while it cannot be active during winter, a spring thaw allows the mould spurs to be released from their dormant mode and mould will quickly become a threat once again. To survive, mould needs three things, oxygen, standing moisture and food. Their food source can be anything organic, but mould spores love cellulose which can be found in a number of textiles and carpets that are within the home. Mold is a serious concern, and you need to remember a few things about this dangerous spore and how to prevent it:

– Repair any leaks in plumbing, roof, windows, or other sources of water as soon as possible to limit the possibility of mould growth

– Mold will peak during the late summer and early fall due to the abundant wet vegetation that can be found throughout your area.

– Ensure that your home has adequate ventilation including an exhaust fan in your bathroom or any room with a shower.

Why is it important

Mold is something to take care of immediately, and if left unattended will spread rapidly. Once a mould patch is large enough, it will produce more mould spores which will enter into your HVAC system and spread throughout the home, causing a true infestation. This is an issue as mould can cause a variety of issues that include:

– A persistent cough or a dry throat

– Irritation of the eyes

There is help on the horizon, and the first thing that you need to do is to call the team at Urban Environmental. We have been handling mould remediation services to the Greater Vancouver for years and will be able to get rid of your mould quickly and before it spreads to the rest of the house.