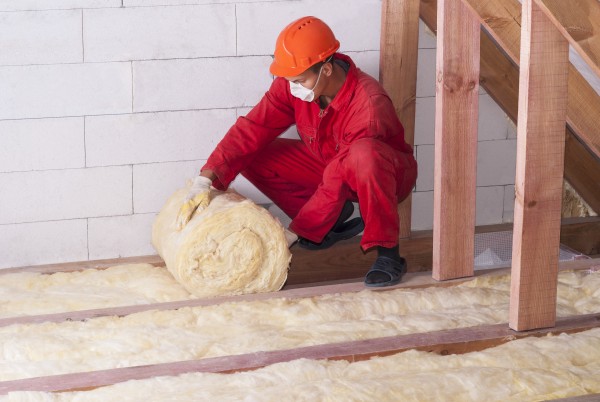 For as long as humankind has been living in sheltered dwellings, we’ve been finding ways to stay warm through insulation. Prehistoric tribes used much the same materials for their clothing as they did for temporary dwellings, usually wool, animal skins, fur and plant products like flax, straw and reed. As people began to settle in more permanent settlements with the development of agriculture, more durable materials were used in the construction of housing, in a pre-tool era that was usually dug out earth shelters or caves, and as building technologies developed the preferred mediums leaned more to stone, woods and sun-baked mud and clay. The ancient Romans and Greeks are reported to be the first implementers of cavity walls filled with a natural fibre insulation.

As housing preferences started to develop in different climates around the world, many regions came up with similar solutions to keep houses cool in the summer and warm in the winter. Though ancient Egyptians used mud bricks to keep their houses cool in the desert sun, Vikings were also using mud, but mixed with straw and spread it in between the logs that made up the walls of their homes.

Houses in medieval Europe were notoriously damp and drafty, with most dwellings made from single layer stone and thatched roofs.The wealthy at the time lined their walls with elaborate and large tapestries that, while pretty to look at, their main function was to cut down on chilly draughts and dampen the noise in a loud and cold grand hall or bedchamber. For hundreds of years, insulation in Europe was limited to using whatever was available to stuff into gaps in walls or building walls thicker, while Mediterranean and southern climates relied on the cooling properties of clay and earth for the construction of dwellings.

As people spread out across Canada and the United States in the mid to late 19th century, straw bale housing became a quick way to get a roof overhead and was mostly viewed as temporary housing. When it was discovered that the straw bales were both insulating and durable to harsh prairie winters and sweltering summers, they were plastered and became popular permanent housing. On the coasts, wooden houses were often insulated with paper, sawdust and pulp, and in some cases seaweed.

Meanwhile, urban areas and factories were seeing a boom in insulating technologies. The industrial revolution was instrumental in the development of modern asbestos, which was initially used to sleeve steam carrying pipes in factories to prevent workers from getting burned by the pipe’s radiant heat.In the early 20’s century fibreglass was discovered and it became an incredibly popular insulation in the 30’s and 40’s.

As once popular asbestos became linked to a rash of health complications and respiratory illnesses, developers turned to safer alternatives to insulate homes, including cellulose and styrofoam and polystyrene foam, which ebbed and flowed in popularity through the mid to late 20th century. Spray foam insulation has been steadily gaining popularity since its initial use in housing in the 1970’s and 1980’s. Its versatility and ability to expand into almost every divots and corner has solidified it as the preferred material in new construction and renovations