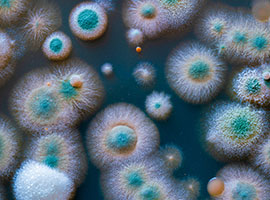 Anytime mould is found to be present in the walls of a home or elsewhere, the removal of it and remediation of the property is something that must be done without delay. Breathing the mould spores if they become airborne is a major risk for humans and pets, and if the mould infestation is extensive it’s likely you’re going to be exposed to a large quantity of this potentially harmful contaminant.

You want to know that you, your family or your employees and customers are breathing safely. To that end, our mould removal and remediation services for Vancouver property owners have been tested for their effectiveness. We only use the best equipment and methodologies for removing mould from a home or commercial space.

Places where we generally locate mould hidden from site on building materials include:

At Urban Environmental, we’ve got the people and resources to ensure that your mould removal Vancouver job is done right the first time. A part of that is identifying mould and then removing the entirety of it, but the other part is ensuring that water ingress problems are addressed to prevent future mould development.

Still not convinced mould remediation needs to be an urgent priority? According to Health Canada’s website, mould in the air around you can cause major poor health issues, including colds, severe headaches, allergies and asthma attacks. Black mould (Stachybotrys chartarum) is particularly dangerous with the way it can life-threatening respiratory illnesses in people who are immunocompromised. Turn to Urban Environmental for black mould removal in Vancouver too.

Some of the more common ways mould can grow inside your home or building include:

We touched on the importance of black mould remediation for Vancouver property owners above, but to go into greater detail it can cause serious health concerns such as nausea, respiratory bleeding, pneumonia and bronchitis. No matter what is leading you to inquire about mould remediation as part of property restoration in Vancouver, we have the expertise and equipment to take care of it for you and see to it the entirety of the mould is removed.

At Urban Environmental, our Vancouver area mould removal services are frequently in demand. It’s a part of ensuring a safe and health risk-free living space, and we can all agree that’s very important. Contact us for a free estimate for mould removal and remediation today!