You are browsing the site archives by month.

Homeowners Can – And Should – Be Proactive in Preventing Flooded Basements 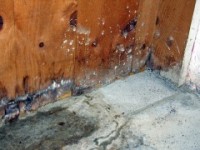 It’s that time of year again in the Lower Mainland, and with this year’s recurring snowfalls that are often followed by rain when the temperatures sneaks back above zero (a very common trend in the Southwest corner of BC) there’s going to be more than a few flooded basements before spring arrives. We understand the concerns. We’re property restoration experts in Vancouver, but most of us are homeowners ourselves.

Naturally, homes in low-lying areas with subterranean basements are going to be most at risk, and we imagine the owners of those types of homes really don’t need to be appraised of this fact. There’s nothing we can do to convince Mother Nature to cease with blankets of snow followed by the deluges of rain, but smart homeowners will be proactive in taking steps to ensure their basement isn’t flooded. Or is flooded much less significantly than if they were to do nothing at all. read more