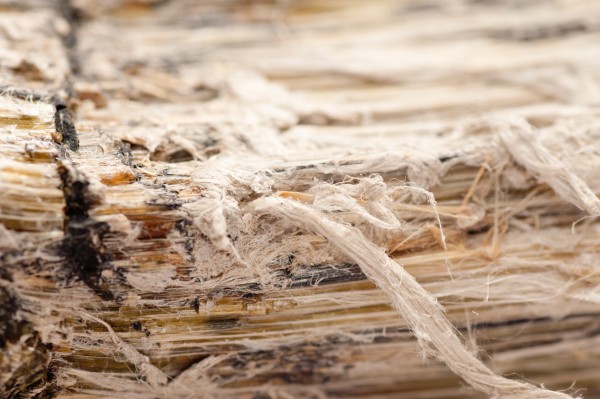 Asbestos is often thought of as a relatively modern material, especially with its boom in popularity in construction materials and insulation in the 20th century. But asbestos has been used by mankind for thousands of years, dating as far back as prehistoric times.

In several instances, archaeologists have uncovered asbestos fibres in settlement debris dating back to the Stone Age, and both Greeks and Egyptians used clothes woven with asbestos fibres in shrouds for their dead. For Egyptians, it was to stop bodies from deteriorating and in ancient Greece the historian Herodotus remarked that bodies were wrapped in the asbestos shrouds before being placed on a funeral pyre to prevent human ashes from mixing with fire ashes. In fact, many scholars think the word asbestos comes from the ancient Greek word asbestos, which means inextinguishable. Romans also exploited the use of asbestos in the use of housewares, most notably with the fibres woven into tablecloths and napkins. They cleaned them by tossing them into a blistering fire, where they came out still in one piece and whiter than before.

From the middle ages to the 1800’s asbestos fibres were used in a multitude of everyday objects. It is reported that around 755 AD King Charlemagne had a tablecloth made out of asbestos to prevent it from catching on fire during banquets and celebrations, and like the Greeks,  he wrapped the bodies of his dead generals in shrouds made from asbestos. For the next eight centuries asbestos was mostly a novelty material due to its fire resistance and used in lots of everyday items, including a purse famously brought to London in 1725 by Benjamin Franklin on a visit, which is still on display in city’s Natural History Museum. Firefighters in Paris in the mid-1850’s even wore helmets and coats woven with asbestos fibres, as they were thought to be a great fire retardent material in the time.

It was in the 1800’s when asbestos mining and commercialization really took off. Its natural resistance to heat, water and electricity made it an invaluable material in the Industrial Revolution, insulating turbines, pipes, steam engines and generators. It wasn’t long before manufacturers took note of how asbestos’ malleable properties made it an ideal binding, strengthening and building material.

Despite consistent health warnings, the mining and manufacturing of asbestos products continued to grow right until the 1970’s, with mines in Canada at one point producing 85 percent of the world’s asbestos. Demand was so high and the mines so lucrative that asbestos production peaked in Canada at 1.69 million tonnes in 1973. Almost immediately after the boom the public finally began to make a widespread realization of the connection between asbestos and debilitating lung disease. In the following 40 years, over 55 countries have banned asbestos due to consumer demand and environmental regulations, and a further 17 have limited its use. Shockingly, asbestos is still being embraced as a building material in many developing nations, with the same eagerness that was once seen in Europe and North America.