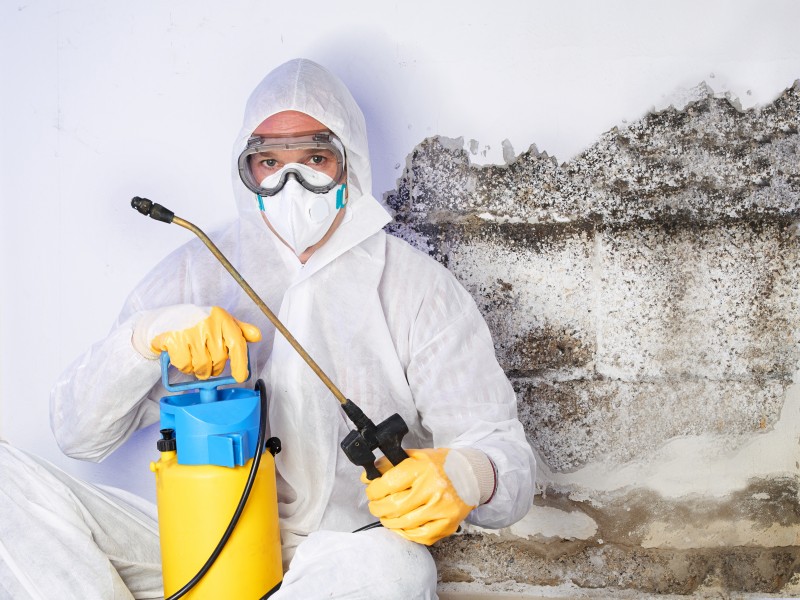 As a first time home buyer, it can be tough to remember to do all of the proper things. One of the main failures of first-time homebuyers is to check the various nooks and crannies of their home during the inspection for mould. Black mould is one of the most common issues in homes in and around Vancouver, and for many, this can mean serious allergy issues, and permanent damage if these mould spurs are not brought under control. So in this blog, we are going to look at what you need to do if you spot mould in your home.

If you have found a potential mould spot in your home, chances are they are in multiple places. Take a quick peek around the attic and any other exposed spots of the house. Do not go over the top, but the faster our technicians are told about other problem spots, the better we can control the growth. During this check, be careful not to touch or inhale any of the moulds, and if you are not comfortable with an inspection call the team at Urban Environmental as soon as possible, as we will be on site quickly.

If we were not called during step one, we need to be involved in phase two. Once we get a phone call from a client, our trucks and technicians rush into business. Our team has been trained to handle mould spurs, and black mould is one of their specialities. Once on site, we will do a full inspection of the home to ensure we are not missing any spots and they will chat with the homeowner about treatment options. Typically, we do not require the family to leave home, but in sporadic cases, we have been known to request the family move out for a while due to the dangers of these spores to their health.

3. Let the experts do their work

Our treatments will depend on the severity and strain of mould, but generally, we will deal with spot treatments to ensure that the mould does not spread and can be quickly killed off. As the mould is a living thing, our technicians will work to stop its spread using safe chemicals and sprays at the site of the infestation.

4. Enjoy a mould free home in only a few days

Once the team at Urban Environmental has finished up our last treatment, you and your home will be mould free at that location. Mould is a general issue in the Greater Vancouver Area, and although we may have dealt with that section of your home, that does not mean your home will always be free of mould. We often suggest to all of our clients to have a home inspector come into the house to ensure that there are no other issue spots. As we never like coming back to deal with another pocket of mould!

From mould to black mould, the team at Urban Environmental is your premier option for mould remediation here in Vancouver and the surrounding area!